SCB acts as a centralized authentication and access-control point in your IT environment which improves security and reduces user administration costs. The granular access management helps you to control who can access what and when on your servers.

SCB perfectly isolates your sensitive systems from unknown intruders or from non-authorized users. In addition, it tracks all authorized access to sensitive data and provides with actionable information in the case of human errors or unusual behavior. 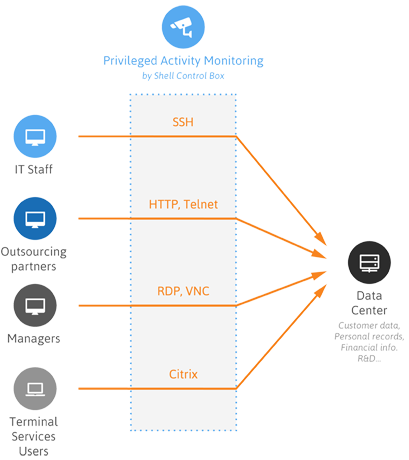 SCB monitors privileged user sessions in real-time and detects anomalies as they occur. In case of detecting a suspicious user activity (for example entering a destuctive command, such as the “delete”), SCB can send you an alert or immediately terminate the connection.

SCB audits “who did what”, for example on your database or SAP servers. Aware of this, your employees will do their work with a greater sense of responsibility leading to a reduction in human errors. By having an easily interpreted, tamper-proof record, finger-pointing issues can be eliminated.

SCB makes all user activity traceable by recording them in high quality, tamper-proof and easily searchable audit trails. The movie-like audit trails ensure that all the necessary information is accessible for ad-hoc analyses or custom activity reports.

When something wrong happens, everybody wants to know the real story. Analyzing thousands of text-based logs can be a nightmare and may require the participation of external experts. The ability to easily reconstruct user sessions allows you to shorten investigation time and avoid unexpected cost. 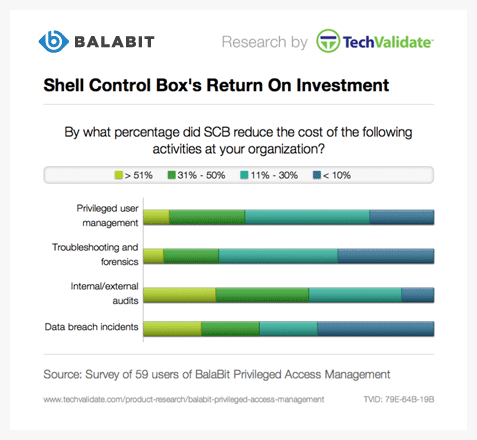 SCB acts as an application level proxy gateway. The transferred connections and traffic are inspected on the application level (Layer 7 in the OSI model), rejecting all traffic violating the protocol – an effective shield against attacks. This high-level understanding of the traffic gives control over the various features of the protocols, like authentication and encryption methods used in SSH connections, or channels permitted in RDP traffic. 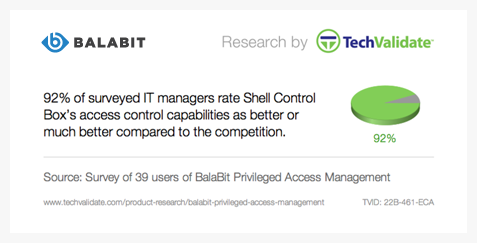 SCB can enforce the use of two-factor authentication methods and also verify the public key of the users. SCB has a built-in capability to verify the SSH host keys and certificates identifying the servers, preventing man-in-the-middle attacks and other threats. This authentication is completely independent from the authentication that the user performs on the remote server. To avoid accidental misconfiguration and other human errors, SCB supports the 4-eyes authorization principle as well. 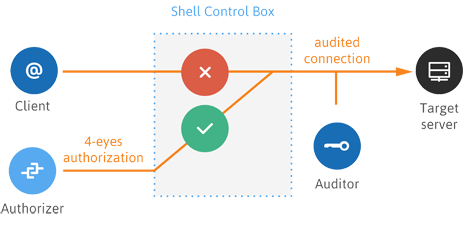 SCB operates transparently and extracts information directly from the communication of the client and the server, providing reliable, easy-to-access metadata and content. SCB records all sessions into searchable audit trails, making it easy to find relevant information in forensics or troubleshooting situations. Audit trails can be browsed online, or followed real-time to monitor the activities of the privileged users. The web-based Audit Player application replays the recorded sessions just like a movie – all actions of the administrators can be seen exactly as they appeared on their monitors. The Audit Player enables fast forwarding during replays, searching for events (for example, mouse clicks, pressing Enter) and text seen by the user.

SCB can monitor traffic in real time, and execute various actions if a certain, predefined pattern appears in the command line or on the screen. In the case of detecting a suspicious user action (e.g. a destructive command or an unwanted windows application), SCB can perform the following measures:

SCB is configured from a clean, intuitive web interface. The roles of each SCB administrator can be clearly defined using a set of privileges – management of SCB as a host, management of connections to servers, viewing audit trails and reports, and so on. 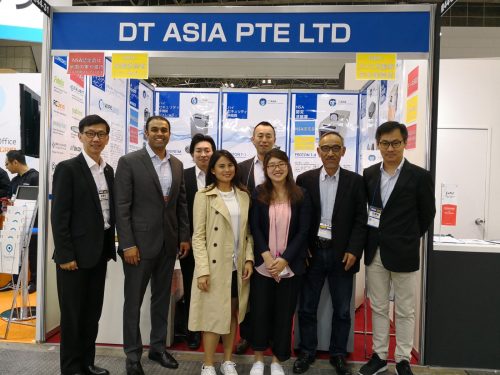 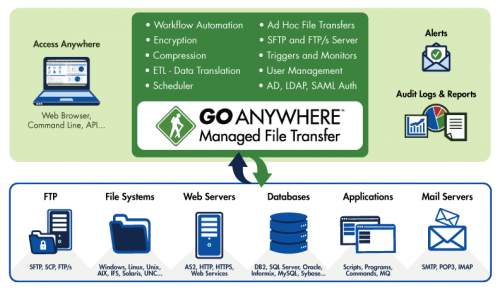 GoAnywhere MFT™ is a managed file transfer solution which automates and secures file transfers using a centralized enterprise-level approach. Incorporating GoAnywhere MFT will save you time and money, improve security and help your organization to meet compliance requirements. Protecting sensitive data is of paramount importance in today’s environment. GoAnywhere MFT will provide a safe and audited method […] 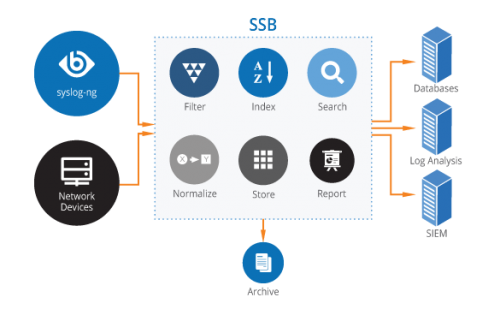 General Dynamics Fidelis Cyber security Solutions provides organizations with a robust, comprehensive portfolio of products, services, and expertise to combat today’s sophisticated advanced threats and prevent data breaches. Our commercial enterprise and government customers around the globe can face advanced threats with confidence with our Network Defense and Forensics Services, delivered by an elite team […]